Analysis of the FY 2015 Defense Budget 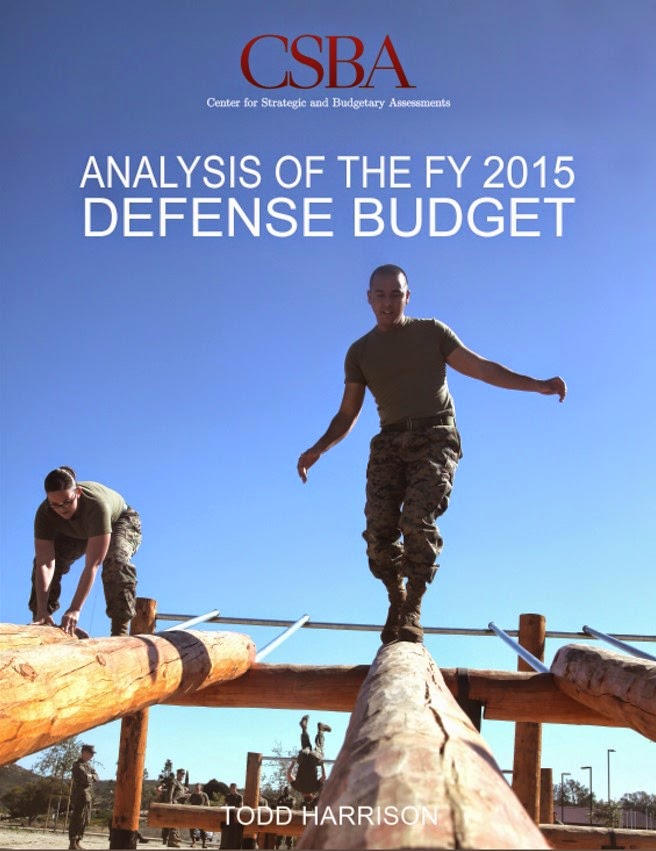 Yesterday I released my latest budget analysis.  I looked at trends and future projections for defense spending, from the BCA budget caps to military compensation and acquisition funding.  I found that DoD could need $200-300B more than the BCA budget caps allow over the next five years to fully resource the defense program laid out in the 2014 Quadrennial Defense Review and 2012 Defense Strategic Guidance. 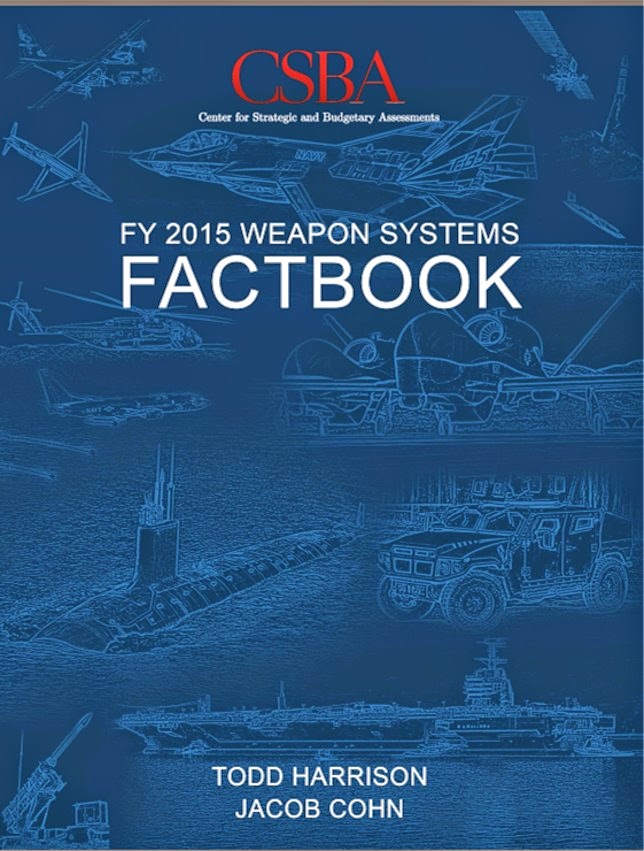 We also released the first edition of what I hope will become an annual product, the FY 2015 Weapon Systems Factbook.  This report, co-authored with CSBA Analyst Jacob Cohn, provides an overview of all the major acquisition programs in DoD's portfolio.  It includes year-by-year funding projections for each program from DoD's December 2013 Selected Acquisitions Report (SAR) to Congress.  I think this is the first time anyone has published this detailed budget information.  We obtained it through a Freedom of Information Act (FOIA) request a few months ago.

I briefed both reports at a CSBA press briefing, and you can watch the video of that event here.  Below are links to some of the coverage of the reports since their release: